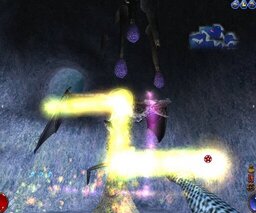 Arx Fatalis features crafting, melee and ranged combat, as well as a unique casting system where the player draws runes in real time to effect the desired spell.

Arx Libertatis 1.2.1 updates and improves Arx Fatalis by supporting modern systems, porting the game to new systems, as well as eliminating bugs and limitations. In the future we plan to improve and modernize the engine as well as enable customizations and mods by the community. 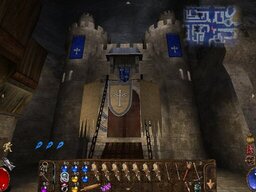 Arx Libertatis is based on the publicly released Arx Fatalis source code and available under the GPL 3+ license. This does however not include the game data, so you need to obtain a copy of the original Arx Fatalis or its demo to play Arx Libertatis.

We provide builds for Windows and Linux. Beyond that, Arx Libertatis has also been packaged for macOS (Homebrew), FreeBSD, DragonFly BSD, NetBSD, OpenBSD, Haiku and Pandora, and will likely compile and work on other operating systems.

This release is a hotfix addressing an unintended change to the calculation of the player armor class as well as poison and magic resistance. It also restores death screams which were missing for most NPCs and fixes issues with using stacks of potions by dropping them on the player book and fixes number of crashes, performance issues and bugs. This release also restores Windows XP support for the official binaries. See the full changelog for more details.

We have decided to move the Arx Libertatis development chat IRC channel to the Libera.Chat network. You can join us using the Libera.Chat web client in your browser or by connecting to irc.libera.chat:6697 using a standalone IRC client and joining the #arx channel. Alternatively, enter the #arx:libera.chat room in a Matrix client.